What kind of bow cant be tied?

Well it was a day of rainbows we saw about six as we drove Connemaras coastline, was a great run and we had it dry and sunny for most of the way. 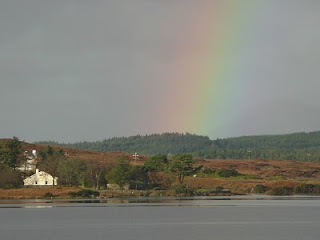 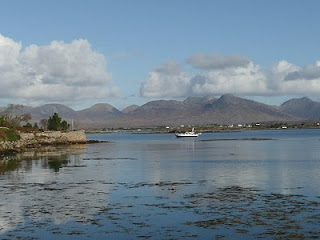 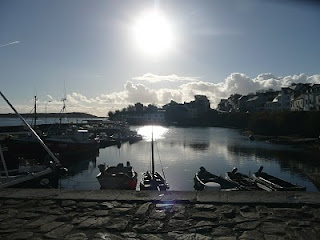 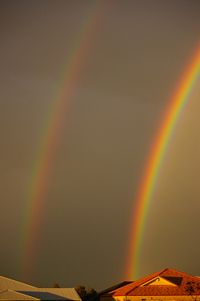 If you see a double rainbow the dark band in the middle is called Alexander's dark band it is an optical phenomenon associated with rainbows which was named after Alexander of Aphrodisias who first described it. It occurs due to the deviation angles of the primary and secondary rainbows. Both bows exist due to an optical effect called the angle of minimum deviation. Light which is deviated at smaller angles than this can never reach the observer.