I had an laptop, that did not run properly it was overheating and I thought the battery was jiggered as I was getting the blue screen of death with it in, the sound didn't work and there were lots of other problems. Anyway I installed  Ubuntu 18.04.2 LTS as an operating system and wow its like new.

Ubuntu, is a Linux based operating system so it takes the place of Windows, it's free and so far all my hardware works on it fine, also some of the open source software is as good as or better than Windows software.
I still have a Windows computer for Photoshop and my website design software but there was another even older desktop doing nothing so I formatted it and put Ubuntu on it too, software like Stremio (for watching streaming content like movies and box sets) works great  even though on the same machine running Windows 7 it was clunky.

The main reason I got onto this blog topic is that when I installed Ubuntu I deleted Windows and formatted the computers and I lost some photos I should have backed up to another device before proceeding. I saw a post on Facebook from my sister in Law in Sydney with her 14 year old dog Molly and thought it would be nice to post some pics I took of her dog when it was young and used to stay with us in Kurnell, when they were away, anyway those photos were some that had been deleted.
I thought maybe there would have been a blog post online with the pictures that I could resave to my laptop as I used to blog a lot, but unfortunately there aren't.


Posted by Rob Shairp at 10:29 PM No comments: Links to this post

Had a wee sail today and came back through the  Cruinniú na mBád and instantly regretted not taking my decent camera with me but here are some shots of The Bád Mór (big boats) ranges in length from 10.5 to 13.5 metres (35 to 44 feet). The smaller Leathbhád (half boat) is about 10 metres (28 feet) in length.
Both the Bád Mór and Leathbhád were decked forward of the mast. These boats were used to carry turf to be used as fuel across Galway Bay from Connemara and County Mayo to the Aran Islands and the Burren. The boats often brought limestone on the return journeys, to neutralise the acid soils of Connemara and Mayo. The Gleoiteog ranges in length from 7 to 9 metres (24 to 28 feet) and has the same sails and rigging as the larger boats. They were used for fishing and carrying cargo. Another boat, the Púcán, is similar in size to the Gleoiteog but has a lug mainsail and a foresail.
Excuse the quality of the photos I only had my phone with me. 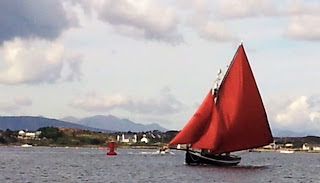 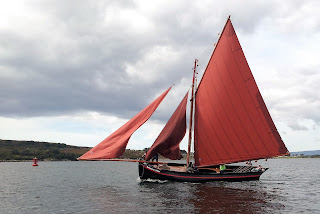 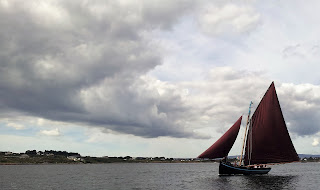 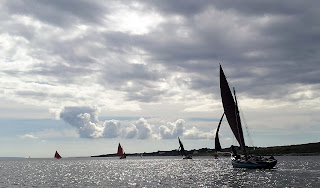 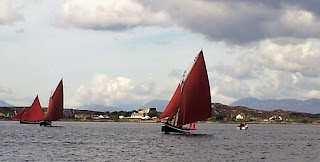 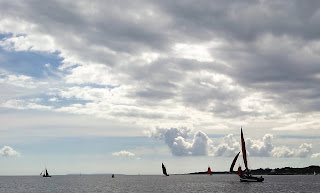 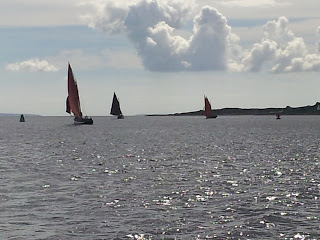 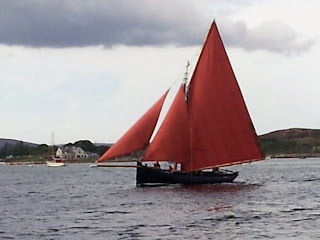 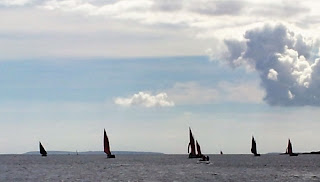 Lovely to see the resurgence of traditional boats in this region. I was going to go out and take photos of the regatta earlier in the month but it was cancelled for the fourth year out of five due to inclement weather so it was a surprise to see them today.

Taking my shore rod on holidays with me to see I I can catch my Mum a few cuddies of the rocks in Luing, I have my favourite spots from when I was a kid and used to fish a lot of the shore when there wasn't a boat to be out on.

I'm driving up on Thursday and will leave here about 0630 and arrive sometime before 2200 with two ferry crossings its a bit of a hike but I am looking forward to getting away. Should get down to making myself a list of things I need, like chainsaws and wellies.


Posted by Rob Shairp at 12:59 AM No comments: Links to this post

The newest carving on the front lawn 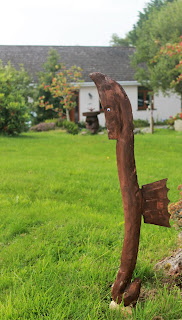 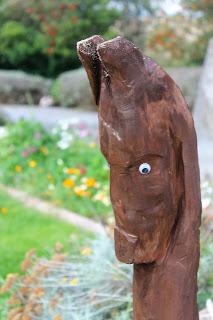 Booked my ferry berth to drive up to Luing on Sept 1st am taking the Ford this time as it is a bit better on fuel and has four seats, the Subaru had to be converted to a 2 seater to be classified as a commercial and save €2000 a year in road tax.

We have had a nice couple of days since the Pikies abandoned summer early this year and all headed off. Lots of Rowan berries on the trees and I have my fingers crossed  for an Indian Summer since we missed the conventional one. Actually May was really nice.

This weeks creative side

Well the weather wasnt great this week but we got a few wee creative bits and bobs done, made a seagull for the wharf a Japanese style bird feeder type thingie and some bird boxes. 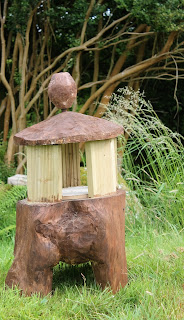 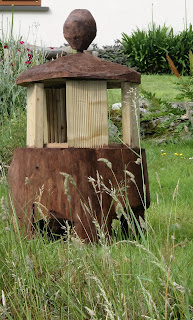 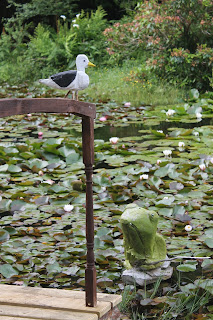 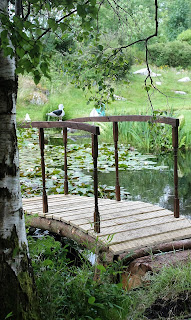 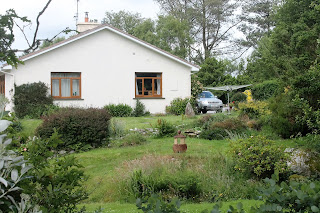 Not so much colour about the place just now a sort of lull in my planting plan anyway there are some French Marigolds and cornflowers about. 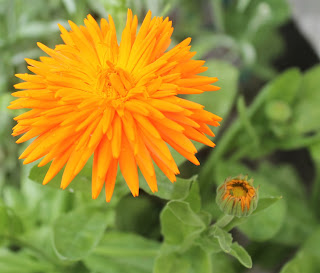 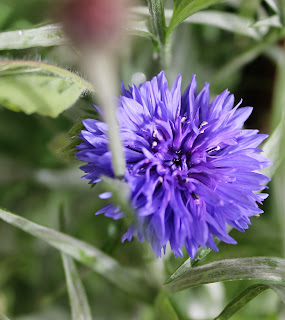 Posted by Rob Shairp at 2:42 AM No comments: Links to this post

Well this week has been spent constructing a sort of jetty onto my pond as another feature in the garden, it has turned out well. Louis is my French Helpx helper this couple of weeks he is cycling the Wild Atlantic Way the length of Ireland and this is a stop off for him 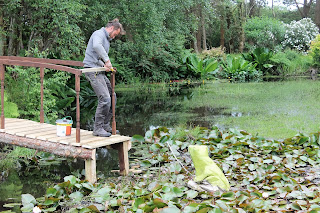 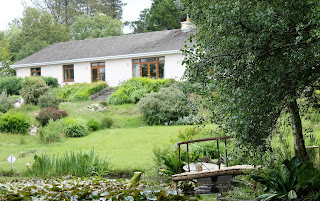 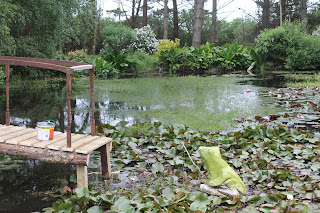 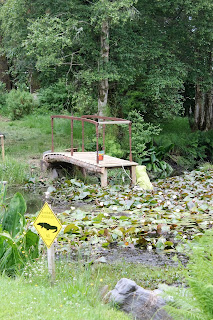 Lake Maquire is at an all time low as we have had very little rain but there is rain on the forecast for Sunday so that might fill her up again. I have to get round to clearing some lilly pads as they are covering the whole pond near enough.

We also got the yacht doors replaced with one we constructed from marine ply.
Posted by Rob Shairp at 12:42 AM No comments: Links to this post

To Hell or Connaught

Oliver Cromwell spent nine months here in Ireland quelling the Irish resistance to English rule and I don't think they were really impressed with Connaught hence the phrase coined in those days "The Irish can go to Hell or Connaught" My dogs are quite happy.

Trying to upload a video I took earlier at the beach down the road. One guy in swimming who is hardier than me by about 5C I managed a paddle up to that tender spot just above the knee that communicates well with the brain "Are you mad"
Posted by Rob Shairp at 1:01 AM No comments: Links to this post

Just finished a website for a local bus company its at foley bus hire they do executive chauffeured car and mini bus hire too. It is very difficult to get good search placement if the webpage is lacking content and my customer had heard somewhere you can pay Google €20 a month and get listed at the top of results, this of course is bull what he had been told about was PPC ( pay per click) advertising on Google. You could quite easily pay  €20 or €200 or €2000 a day PPC and if it is not geographically targeted properly or if the ad does not take the clicker to a page where they can buy or book your service or if you make the search terms to broad you may as well just burn your cash in a large barque pit. When I told him this he is away to look for more content so I can include that on the pages.

Another one finished recently is at www.kilronanhostel.com and this next week I have Aran Goats cheese and hopefully a website makeover for a local artist http://www.derrykyle.com/andrea/

I still haven't got business cards for clprint or my car sign written but hey this is Connemara and its only been 6 weeks or so.

Got some Halibut for dinner so I have a recipe for pan frying it with a potato crust, with asparagus broad beans and a cider cream sauce. Should be tasty. 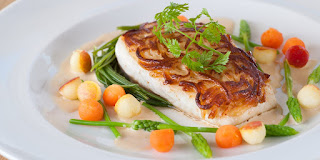 Posted by Rob Shairp at 10:14 PM No comments: Links to this post