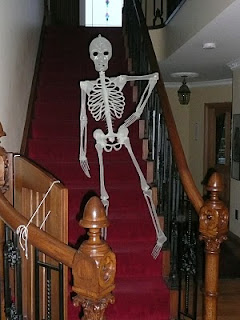 Well I prepared the house with candles, creepy music, skeletons hanging and spiders lurking and not a sausage turned up then I discovered that today is halloween not yesterday fawr gawds sake. Ohh well hopefully some kids will come this evening. Clocks went back last night and there is talk about the proposal referred to as "Single/Double Summer Time" (SDST), and would effectively mean the UK and Ireland adopting the same time zone as central European countries such as France, Germany, and Spain (Central European Time and Central European Summer Time). The reasoning is that there would be fewer accidents on the roads ? Its going to be darker in the mornings people. Infact it would be dark in the North of Scotland untill 1000, maybe the people reasoning this stay in bed till 1000 but the rest of us dont. 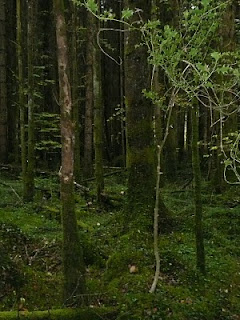 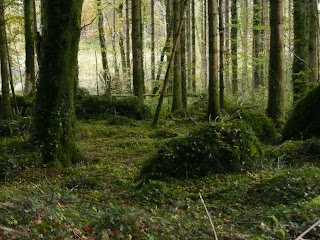 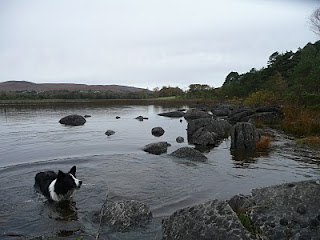 And one of me very smug and happy with my new hiking boots, either that or I know theres summat funny under that stone infront of me. I think my legs have shrunk. 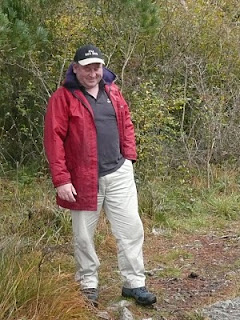 I have the place to myself for a few nights this coming week again and have given my neighbour the instructions on how to play Canasta so he will pop over to thrash me at chess and hopefully lose big time at cards.
Posted by Rob Shairp at 12:31 AM