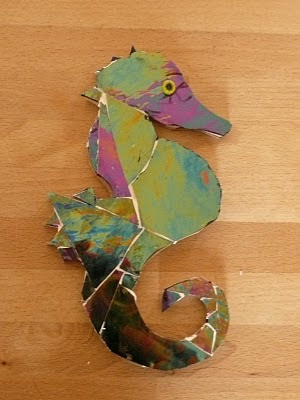 Well this is my latest effort at mosaic I'm getting there slowly.
I have the real estate house inspection tomorrow afternoon so should hoover and tidy but I cant be bothered today I'll do it Manyana, talking about manyana,﻿Spanish singer Julio Iglesias was on television with British TV host Anne Diamond when he used the word 'manyana'. Diamond asked him to explain what it meant. He said that the term means "maybe the job will be done tomorrow, maybe the next day, maybe the day after that. Perhaps next week, next month, next year. Who cares?" The host turned to Irishman Shay Brennan who was also on the show and asked him if there was an equivalent term in Irish. "No. In Ireland we don't have a word to describe that degree of urgency.", replied Brennan.
I visited Aughnanure Castle the other day, it was closed.  It was built by the "ferocious O'Flaherties", masters of the whole territory of west Connaught, they built this fine castle in the early sixteenth century, possibly on the site of a thirteenth-century Norman fortification. It occupies a position of some strength close to Lough Corrib on what is virtually a rocky island formed by the Drimmeen River, separating into two branches and reuniting at the other side - a circumstance that gave rise to the old phrase "Aughnanure, where the salmon come under the castle". Now I think the "l" is dropped in the Flaherties name as there was a bloke called announced as Marty Farty at the commitee meeting (I started giggling) so this probably explains why they were so ferocious, probably going through primary school with that surname would do that. 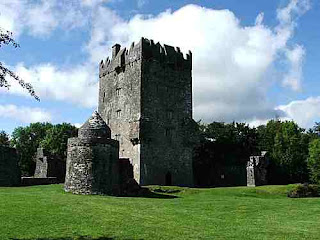 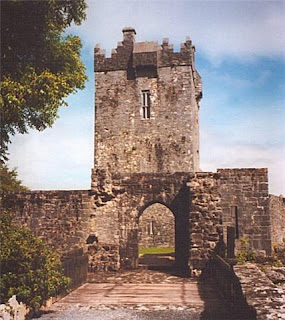