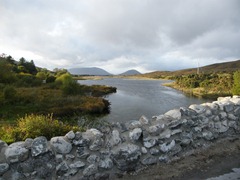 Well I’m using Microsoft Live Writer to do my blog today and its actually given a good first impression  I can  put my mumblings down in it without being online and it connects and posts to my normal blog account with a single click. 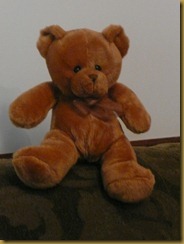 I’m not sure if everyone has visited my website its at www.robbos.ie and I’m mentioning it as I need support for my Charity Bear, at the moment she is jetting her way towards London where she has a photo shoot at Twickenham Rugby Stadium  with the new statue of the lineout jumpers. 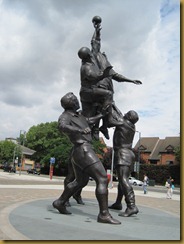 Talking about rugby, this weekend has some cracking games and my pal Mark has chipped in so we can watch Australia vs France on ESPN as I wasn’t subscribing to that channel. So its NZ vs Wales, Australia vs France, England vs S Africa, Scotland vs Samoa, Italy vs Fiji and on Sunday Ireland vs Argentina.

I just beat Mark at chess for the first time  which I’m chuffed to bits at doing as the first three games we played he hammered me.

I bought Charity the bear in Sydney and she has flown to LA , Iowa, Scotland and now England  clocking up so far about 13,000 miles, her next stop is Galway then Kingston Ontario where she is visiting my pal Lynne and from there who knows? at every stop she has her photo taken and they are posted on the website , her last stop was on Luing http://www.robbos.ie/luing.htm  at the end of the year hopefully she will have clocked up enough miles to be a bit of a celeb and she will be auctioned off for charity. The charity the money goes to will be chosen by a poll and there will be a wee prize for the best photo.

I’ll be rooting for Wales, Australia, England, Scotland, Ireland and Fiji , but Wales and Fiji are longggggggggggggggggg shots.