Well I've had some great dogs during my lifetime, Kerry, Scotty, Bochan, Ishan, Roory, Jessy and Gus I thought Ishan was the most photogenic 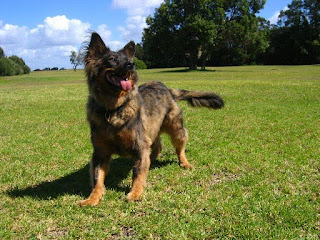 with his wee legs he looked like a pup until he was 13 yrs old and he was great with other dogs. Gus is the same and he may even have it on the photogenic front 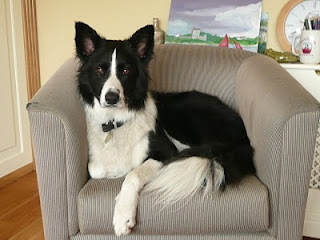 He is certainly one handsome fella, I have him trained to come and sit just with hand signals now which is good if I ever lose my voice which i may do shouting at my other dog Jessy. I think there's some intensive training needed on her behalf and I need to get Gus to stop barking when he gets excited too. I like collies, Scotty was a working dog on my aunt Agnes's croft and I came across a photo of her with another collie 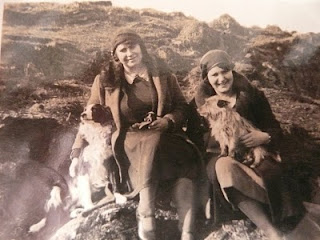 When I used to work on the croft mostly at lambing time and for a brief time after I left college they had 2 working collies and two house dogs one with a sow mouth that used to nip you lol she was called "Minny haha" or "Damn you" if it was my Uncle Ian addressing her. Their croft was called Ballymore on the island of Kerrera across the bay from Oban 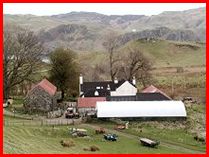 It was and probably still is a magical island, 50 yrs behind the mainland with its amenities, when I worked there there was no electricity and power for the tv and lights was from a diesel generator which was started up for a couple of hours in the evening, after that it was candles and cooking on the range or by gas. We stayed on Kerrera as kids during the School holidays in a wee bay called the horseshoe bay. 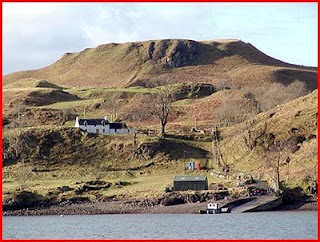