My neighbour, Eoan was chatting to me over the fence and mentioned that he had been watching Waxwings eating berries off a tree in front of the houses, he had never seen them before in this part of Ireland and when I checked on the internet their distribution is on the below map

The birds come from Scandinavia and Eoan is convinced its because a bad winter is on its way, that we are seeing them here,  I think its because we are going to have a great dry sunny winter with hardly any gales or rain, but I’m an optimist. Parts of Northern England and Eastern Scotland are under snow today and it looks like its going to be cold for next few days 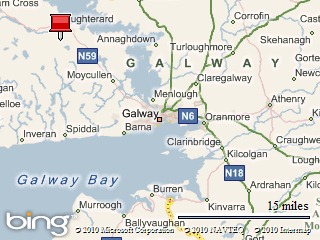 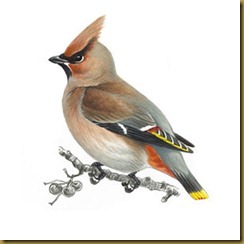 The waxwing is a plump bird, which is slightly smaller than a starling. It has a prominent crest. It is reddish-brown with a black throat, a small black mask round its eye, yellow and white in the wings and a yellow-tipped tail. It does not breed in the UK, but is a winter visitor, in some years in larger numbers, called irruptions, when the population on its breeding grounds gets too big for the food available. I’m turning into a Twitcher ohhhhhhhhhhhh nooooooooooooo.

I’m not sure what sort of tree would be best for Christmas, a real one looks and smells great but drops needles all over and only lasts three weeks and an artifial one can look ok and has no mess and lasts for years but costs more. It’s a pretty hard life when deciding which tree to buy is my biggest decision lol.