Have had a very quiet Christmas this year but still managed to overeat, had scallops and a lobster for christmas dinner and blue swimmer crabs at Paddies last night so we are seafooded out here. I have a nice recipie for crab and preserved lemon spagettini with parmazan so the little crabmeat we have left will go towards that  one evening. 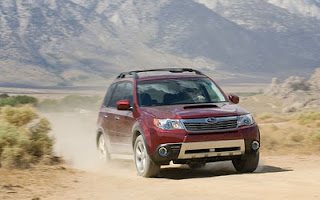 We get it at the end of January when Angies car has to be returned. I have to use the car for 3 consecutive months for my business then she can have it.

An honest politician, a kind lawyer and Santa Claus were walking down the street and saw a $20 bill. Which one picked it up??


Santa! The other two don't exist!


My arm is still sore and doesnt have the full range of motion I hope it is going to get better sooner rather than later.
Posted by Rob Shairp at 3:43 PM No comments: Links to this post

Some more panoramas of Kurnell

I used to work on the wharf in this pic

Posted by Rob Shairp at 10:18 AM No comments: Links to this post

Progress report on elbow injury - its still there and its still sore basically its going to be a bit of a long haul I think before I have the full use of my arm again. I'm missing fishing as the weather is hot and sea temps are up no doubt bringing with them all the fun big fish. Putting up decorations was a wee bit of a chore this year as Angie isnt known for her Christmas fervour as much as I am lol. Anyway I bent her arm to help me with the outside lights this year.

Windows 7 as you probably know, doesnt ship with an email program, so I downloaded windows live mail and another couple of windows live applications one other being windows live photo gallery, below are a few stiched up images around the house which took about 20 seconds to make.

Excuse the mess as the pics were an excersise in image stitching rather than showing off a showhome :)

Posted by Rob Shairp at 6:17 PM No comments: Links to this post