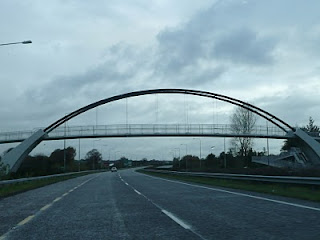 Theres a new motorway that goes halfway from Galway to Shannon, as this is Ireland. 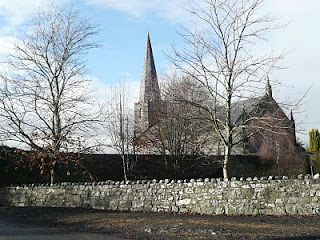 Had a nice lunch in Newmarker on Fergus which gets the Egon Shairp star for quality, thats after Egon Ronay who unfortunately passed away, Egon Ronay (24 July 1915 – 12 June 2010) was a Hungarian-born food critic who wrote and published a famous series of guides to British and Irish restaurants and hotels in the 1950s and 60s. He was an innovator when Britain had little appreciation of foreign cuisine.
Well Ashford castle was wanting 20 Euro to park so we didnt bother but had a stroll through Cong abbey grounds instead. I recon 20 Euros is out of order. 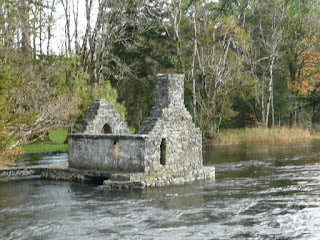 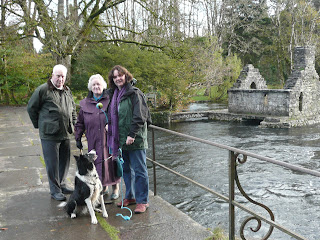 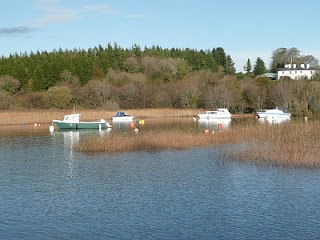 Tommorow if the weather is nice we will have a drive round Connemara.
Posted by Rob Shairp at 4:08 AM