Well today was the most stunning so far, we had a real hard frost again with no wind so every single branch is frosted the photos dont do it justice but I’ll post a few anyway. Last night got down to –15 in places. My pal Mark had a burst water pipe which had a waterfall cascading through his kitchen ceiling everything got soaked and he cant use lights etc till it dries out, perfect time just before Christmas.

A couple of years ago our cooker went on the blink and we had no cooker for Christmas week so we used the Barbi and a gas ring Paddy lent me, that cooker from Kleenmaid was expensive and a disaster , I shan’t buy from them again, you wont be able to Rob as they are bust m8, oops there I go talking to myself again. The service engineer who came about six times to fix the dang thing was a real wally tramped around in tackety boots through my house, left rubbish everywhere, didnt turn up on time, and was always whinging, he rang up when kleenmaid went belly up as he had gone self employed and he wanted to keep the work, it took me about 5 mins to explain to him that I would rather invite ORielly from Fawlty Towers than get him. 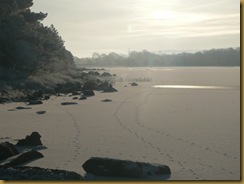 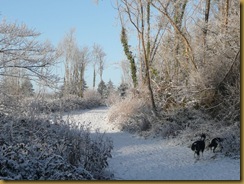 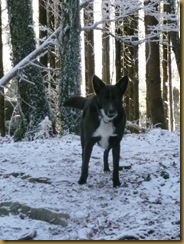 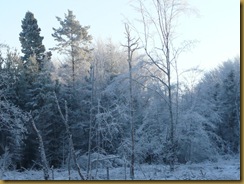 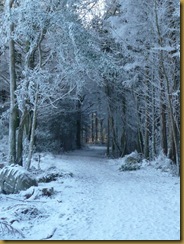 Alexander and Jen are driving down from Glasgow to Stranraer, catching the ferry and driving down from Belfast through Dublin to here today, it could be a long trip as Dublin has had more snow again, and everywhere has been well below zero, hope they make it ok and i have a huge pan of soup on as we speak.