Available to Move In: Immediately 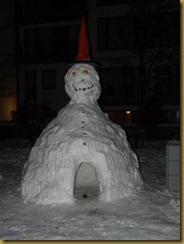 Kent Police issued a transcript of the 'completely irresponsible' call which they received overnight as they fielded thousands of calls from people because of the sub-zero conditions.

In the call, the woman tells the operator: 'There's been a theft from outside my house.'I haven't been out to check on him for five hours but I went outside for a fag and he's gone.'The operator asks "Who's gone?" and the woman replies: 'My snowman.'I thought that with it being icy and there not being anybody about, he'd be safe.'

The incredulous operator asks her: 'Do you mean an ornament?' The woman replies: 'No, a snowman made of snow, I made him myself.'It ain't a nice road but you don't expect anybody to nick your snowman.'The operator then tells her that it is an emergency line and she should not be ringing it to report the theft of a snowman.