Well I spooked Jessie with the hoover and she ran behind the Christmas tree, you know the one with the distinctive decorating style, well it fell over. Took me about an hour to untangle everything apart from the dog who shot off like a missile. So it got revamped and I followed advice and kept the tinsel horizontal 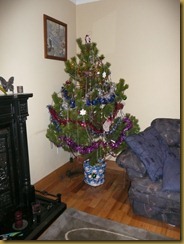 I think it looks neater, thanks to Lynne in Canada for the new ornaments too.

I have yet more photos of trees today as the light was terrific when we were out walking. 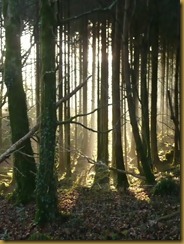 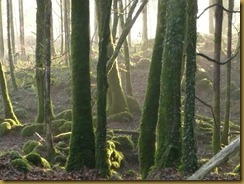 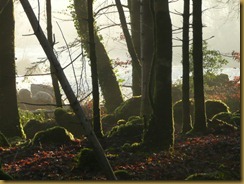 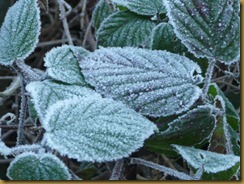 Italian Prime Minister Silvio Berlusconi has scraped through a crucial confidence vote in the lower house by 314 votes to 311, the 311 for him were all girls under 17 who he had given jobs in the government solely for their experience and IQ’s.

One day an Irishman, who has been stranded on a desert island for over ten long years, sees an unusual speck on the horizon.
"It's certainly not a ship," he thinks to himself. As the speck gets closer and closer, he begins to rule out the possibilities of a small boat, then even a raft.
Suddenly, emerging from the surf comes a drop dead gorgeous blonde woman wearing a wet suit and scuba gear.
She approaches the stunned man and says to him, "Tell me how long has it been since you've had a cigarette?"
"Ten years," replies the Irishman.
With that, she reaches over and unzips a waterproof pocket on her left sleeve and pulls out a pack of fresh cigarettes. He takes one, lights it, takes a long drag and says, "Faith and begorah! Is that good!"
"And how long has it been since you've had a sip of good Irish Whiskey?" she asks him.
Trembling, the castaway replies, "Ten years."
She reaches over, unzips her right sleeve, pulls out a flask and hands it to him. He opens the flask, takes a long swig and says, "Tis absolutely fantastic!"
At this point she starts slowly unzipping the long zipper that runs down the front of her wet suit, looks at the man and asks, "And how long has it been since you've played around?"
With tears in his eyes, the man falls to his knees and sobs, "Oh, Sweet Jesus! Don't tell me you've got golf clubs in there too."