Well halloween is just round the corner so I made a pumpkin lamp, hung the skeleton, put batteries in the cackling witch thinging and burnt a load of scary songs to a cd. Now I'm scared to go down to the basement incase Jason or Mike Myers is waiting for me down there. I'm sure I'm missing a kitchen knife.
Some folklorists have detected Halloweens origins in the Roman feast of Pomona, the goddess of fruits and seeds, or in the festival of the dead called Parentalia, it is more typically linked to the Celtic festival of Samhain, whose original spelling was Samuin (pronounced sow-an or sow-in)" The name is derived from Old Irish and means roughly "summer's end". A similar festival was held by the ancient Britons and is known as Calan Gaeaf (pronounced Kálan Gái av).

Snap-Apple Night by Daniel Maclise showing a Halloween party in Blarney, Ireland, in 1832. The young children on the right bob for apples. A couple in the center play a variant, which involves retrieving an apple hanging from a string. The couples at left play divination games.The festival of Samhain celebrates the end of the "lighter half" of the year and beginning of the "darker half", and is sometimes regarded as the "Celtic New Year".
The ancient Celts believed that the border between this world and the Otherworld became thin on Samhain, allowing spirits (both harmless and harmful) to pass through. The family's ancestors were honoured and invited home while harmful spirits were warded off. It is believed that the need to ward off harmful spirits led to the wearing of costumes and masks. Their purpose was to disguise oneself as a harmful spirit and thus avoid harm. In Scotland the spirits were impersonated by young men dressed in white with masked, veiled or blackened faces.Samhain was also a time to take stock of food supplies and slaughter livestock for winter stores. Bonfires played a large part in the festivities. All other fires were doused and each home lit their hearth from the bonfire. The bones of slaughtered livestock were cast into its flames.Sometimes two bonfires would be built side-by-side, and people and their livestock would walk between them as a cleansing ritual.
Another common practice was divination, which often involved the use of food and drink.
The name 'Halloween' and many of its present-day traditions derive from the Old English era.
The word Halloween is first attested in the 16th century and represents a Scottish variant of the fuller All-Hallows-Even ("evening"), that is, the night before All Hallows Day. Up through the early 20th century, the spelling "Hallowe'en" was frequently used, eliding the "v" and shortening the word. Although the phrase All Hallows is found in Old English (ealra hālgena mæssedæg, mass-day of all saints), All-Hallows-Even is itself not attested until 1556. 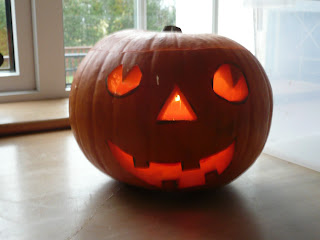 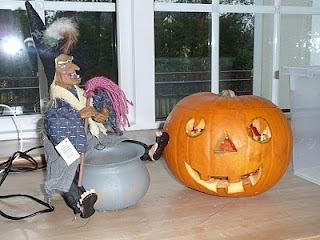 I'll have apple dunking here and maybe a treacle scone that used to be fun, my folks were always into Halloween and we often won prizes for the best dressed and made up, and none if it was bought masks either. Mum was saying they dont have prizes at the Luing Halloween party anymore which is a shame I think but probably my wee sisters kids were winning all the time lol. she was also telling me she kept photos of Colin and I dressed up as Spanish Dancing Girls thank gawd that one isnt on facebook. 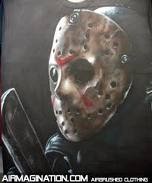 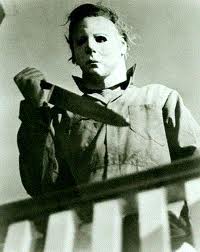 Agghh where did those pictures appear from ? ohh theres my knife hey dude can I get it back?
Posted by Rob Shairp at 1:58 AM