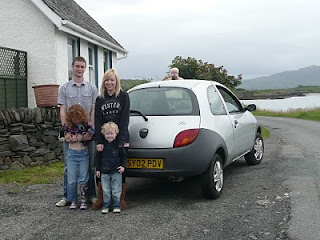 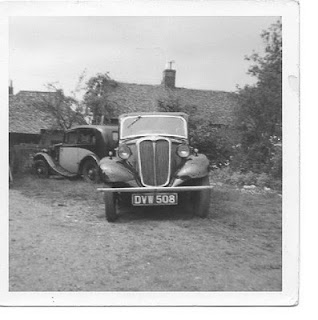 Catriona (my neice) was in with her first car so we had a photoshoot with it, my first car was a Renault 4 I had 3 at one point in various stages of disrepair. My Dad was just telling me his first car was a Singer Bantam he bought it for 15 pounds and sold the 5 wheels for 25 pounds after a few years. My younger brother had a Lime Green Ford Escort which he rolled and was lucky to climb out of, he demolished one of my cars a Renault 14 as well. On the single track roads here its just knock for knock in an accident and of course mine was only 3rd party fire and theft insurance. 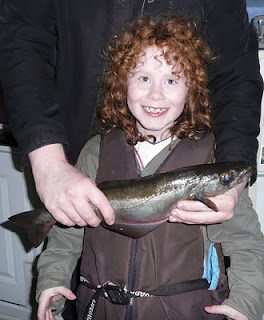 I took Cara out fishing the other night for a wee while and she caught the Laithe in the picture on her own she didnt fancy holding it though. 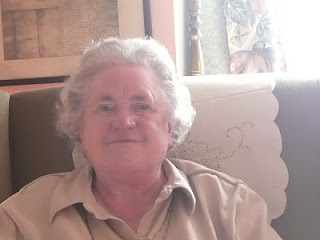 19 years was a long time away from my folks, I dont regret going but am glad I'm back in the vicinity, I think my Mother is glad too as she keeps hugging me :)
Sats figures show reading standards droped for 11-year-oldsthis year , according to the gaurdian newspaper.  The proportion of children leaving primary school in England with a reading age appropriate to their age group has slipped, statistics released by the Department for Education show, they dont want to do a survey on bloggers or online chat addicts as, lol,  m8, lmao, 2moro, 4ever, and cu2moro dont hack it m8. My speling age is approximate to a 3 yr old, mushroom. I know spelling has two ls, Mom, its a joke.
Posted by Rob Shairp at 2:23 AM