Well what do you think of Wales Rob? "Splendigedig" I'd say and then harp on about the place names. The most descriptive place name ever has to belong to the Welsh, created in the nineteenth century as a marketing ploy to attract tourists to Angelsey, naming the local village Llanfairpwllgwyngyllgogerychwyrndrobwllllantysiliogogogoch. This is the longest British place name which translates as The church of St. Mary in the hollow of white hazel trees near the rapid whirlpool by St. Tysilio's church of the red cave. In Scotland it would be called Hazel ban and in England it would be St Mary's in Ireland who knows but it sure wouldn't have a postcode.

My pal Keith, now to be known as Rodney, has a yellow Reliant Robin same as Dell boy's and he goes on a trip anualy to make money for charity along with 10 other Reliant Robins around Scotland at 30 MPH 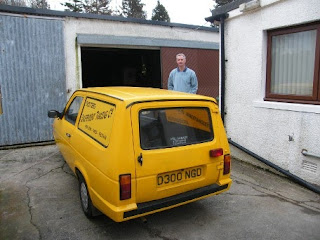 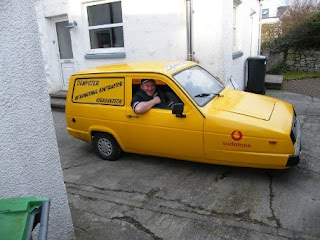 All I need is some watches or Dells to sell ehh. Was great to have seen Keith and I had a crackin feed of haggis at his local it being the 25th an all, hey wee coorin timerous beastie.
From Rodders house its a few hours drive North to my parents house on Luing were we drank a toast to Australia day among other things. Awoke to a perfect morning and the best view in the world across the sound of Luing 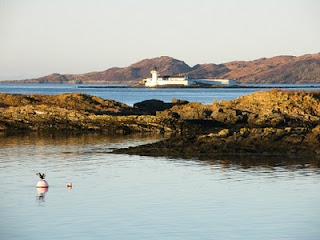 Had a run down to my wee sisters place near Tarbert 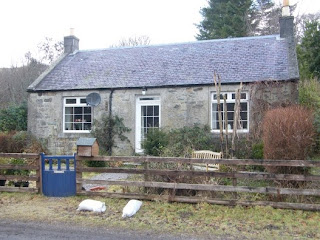 And got attacked by a wee monster 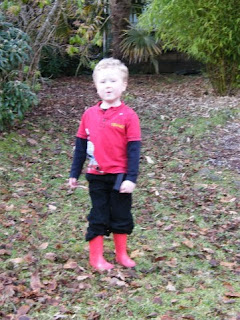