It is described by locals as an explosive and sometimes lethal mixture of alcohol, music, violence and machismo. In Glasgow Scotland they have a similar event its called Friday night. 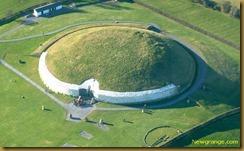 It was new age technology combined with 5,000-year-old Stone-Age engineering. Yesterday, for the first time, the winter sun lighting the passage tomb at Newgrange, Co Meath, was beamed live around the world.

Ireland's A&E departments have this week seen unprecedented numbers of patients lying on trolleys and not in hospital beds and the 1.35 million VHI health customers will be paying an additional 15-45% on their premiums from the 1st of February for the privilege.