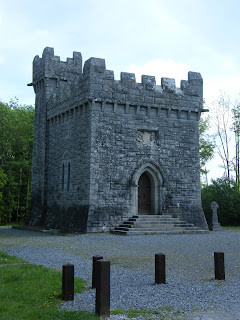 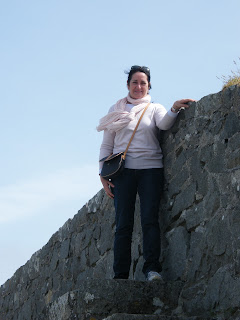 Well I had to visit a potential client in Monovea which is about an hour and a half's drive from here so Leona our present visitor from New Zealand, came along for the ride with the dogs. Went via Oughterard and the dogs had a swim and run around the footy park there,then we drove into Galway and picked up a couple of lavender plants at the garden center and visited Tescos supermarket. Movivea went well and I secured the job. We then went for a walk through the woods there to a mausoleum set in a clearing amidst the trees of Monivea Wood, the ffrench Mausoleum and chapel was commissioned by Kathleen ffrench in honor of her late father, Robert Percy ffrench. In 1914, the Pope granted an indult, permitting official mass celebrations on special occasions and under special circumstances.Designed by architect Francis Persse (younger brother of Augusta Gregory), the mausoleum took four years to construct, at a cost of £10,000 (near two million in today’s economy).Built of rough-granite blocks quarried in Wicklow, the structure resembles a small castle, approximately 25-feet-wide by 30-feet-high, with crenellation along the roofline, and featuring a back, left turret Stone steps lead up to a gothic-archway and heavy oak door secured with decorative rod iron hinges 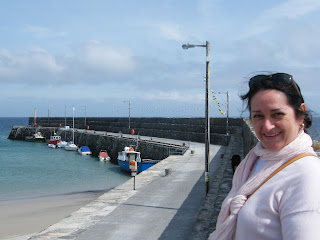 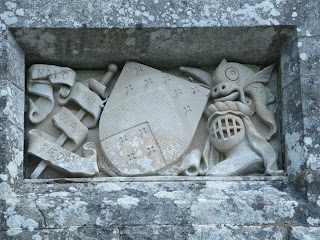 Did a wee bit gardening when we got home Leona is a deft hand with the secateurs and Gus got covered in mud so we had to go to a local peir for him to have his third swim of the day to get cleaned up again. I think Leona is in love with my garden.

The excavator arrived this evening so they should be starting tommorow morning.
Posted by Rob Shairp at 6:59 AM