Belfast trip and a vist from my parents

Well I picked my Mum and Dad up from the Stena Ferry in Belfast on Tuesday Evening and we stayed in a Travel lodge in the city overnight before driving south on Wednesday. I had a couple of hours to waste waiting for the ferry to come in after I had booked into the hotel so I went for a run to Carrickfergus,  Carrickfergus (from Irish: Carraig Fhearghais, meaning "rock of Fergus"), is a large town in County Antrim, Northern Ireland. It is located on the north shore of Belfast Lough takes its name from Fergus Mór mac Eirc, the 6th century king of Dál Riata. It is County Antrim's oldest town and one of the oldest settlements in Northern Ireland as a whole. 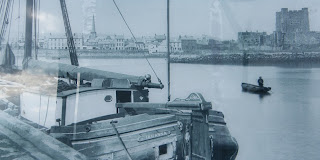 When I used to visit the harbour on cargo ships back in the distant past it resembled this old photo of the place but it has changed a lot and now it looks like there is no commercial traffic just a marina, anyway maybe the marina could be useful in the future if I get the boat over to that coast as it is a good base for heading out into the Irish sea and up to Scotland. 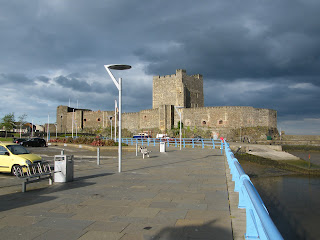 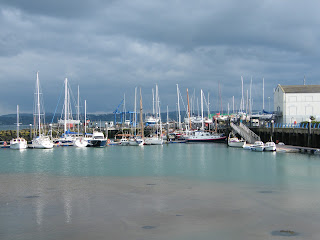 The Travel lodge was noisy and worth as much as I paid for it I suppose, theres some truth in the saying "you get what you pay for" 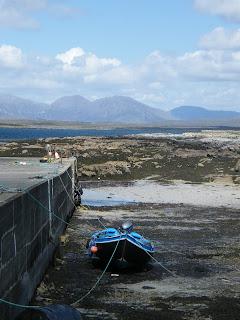