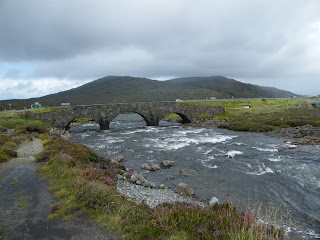 Well Sheena, who is in holiday in Ibitza had her phone / internet disconnected so I had internet withdrawls this last few days, its amazing how much i use it for researching things. My wee neice
Cara had a residue of a tranfer tatoo when I was down last week and I have been searching high and low around Scotland for some for her as a present if only I'd had google.

Sheenas dog Gus, had me tearing my hair, whats left of it, out this morning as he just wouldn't come back for me, I think it was due to the park we were in and the fact that he maybe doesnt come for Sheena there, as he was ok when we walked off lead along the canal yesterday and he swam etc, anyway it took three qaurters of an hour before i could rugby tackle him and get him back on the lead. Anyway I'm back down on the island again with the attack cat.

I'd really like to move back to Scotland, there seems to be a bit of a shortage of computer repair men here :) so I think having the house valued when we get back is on the cards, mind you as soon as I sink back into my sofa or go out fishing with Paddy or even enjoy my walk / paddle with Jessie in a dry climate I may well change my mind again, I used to be undecisive now I'm not sure. Its raining here today which reminds me of a wee story.
A long time ago, in Communist Russia, there was a famous weather man named Rudolf. He's always had a 100% accuracy rate for his forecasts of the Russian weather conditions. His people loved him and respected him for his faultless foresight. He was particularly good at predicting rain. One night, despite clear skies, he made the prediction on the 6:00pm news broadcast that a violent storm was approaching. It would flood the town in which he and his wife lived. He warned the people to take proper precautions and prepare for the worst. After he arrived home later that evening, his wife met him at the door and started arguing with him that his weather prediction was the most ridiculous thing she had ever heard. This time, she said, he had made a terrible mistake. There wasn't a cloud anywhere within 10 miles of the village. As a matter of fact, that day had been the most beautiful day that the town had ever had and it was quite obvious to everyone that it simply wasn't going to rain. He told her she was to be quiet and listen to him. If he said it was going to rain, IT WAS GOING TO RAIN. He had all of his Russian heritage behind him and he knew what he was talking about. She argued that although he came from a proud heritage, IT STILL WASN'T GOING TO RAIN. They argued back and forth for hours , so much that they went to bed mad at each other. During the night, sure enough one of the worst rainstorms hit the village the likes of which they had never seen. That morning when Rudolf and his wife arose, they looked out the window and saw all the water that had fallen that night. "See," said Rudolf, "I told you it was going to rain." His wife admitted: "Once again your prediction came true. But I want to know, just how were you so accurate, Rudolf?" To which he replied, "You see, Rudolf the Red knows rain dear!"
Posted by Rob Shairp at 6:22 AM