first mackerel of the year

I took the boat out last night for a fish and ended up having a really nice few hours, caught 4 mackerel and six pollack four of which I gave away at the pub actually I got a pint for them so they weren't given away as much as bartered. The weather was calm sunny and warm and it was a pleasure to be out there, I had a wee breeze on the way down the bay so trolled some feathers under the headsail at about two knots and motored back as the breeze had dropped right off.

Today I have spread some grass seed and it looks like it may rain later and I also planted some swede, lettuce and courgette. Got some grass cut early on and did a bit more work on the new bear who we will call "Skipper" I think, as he is a tubby fellow who looks kind of authorative. 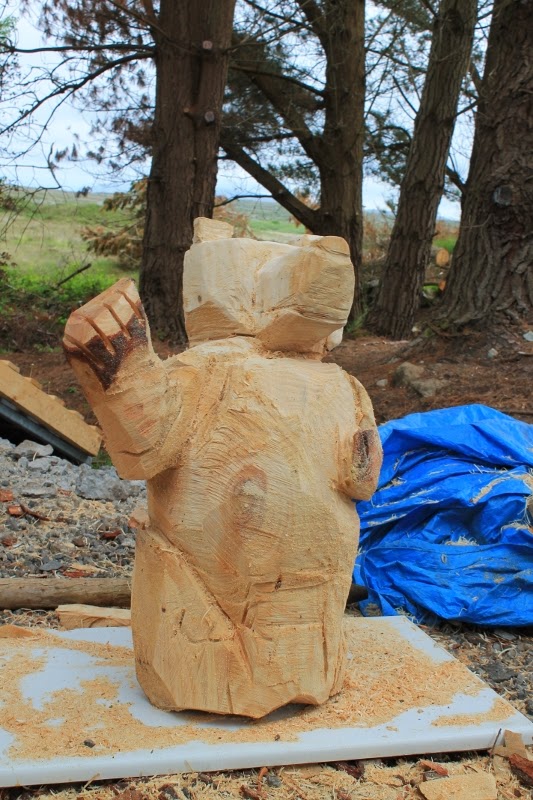 Other projects in the offing are an octopus and a hippo head as I have two stumps that look like them already.
Lots of cars stopping and commenting on the sculptures out front. 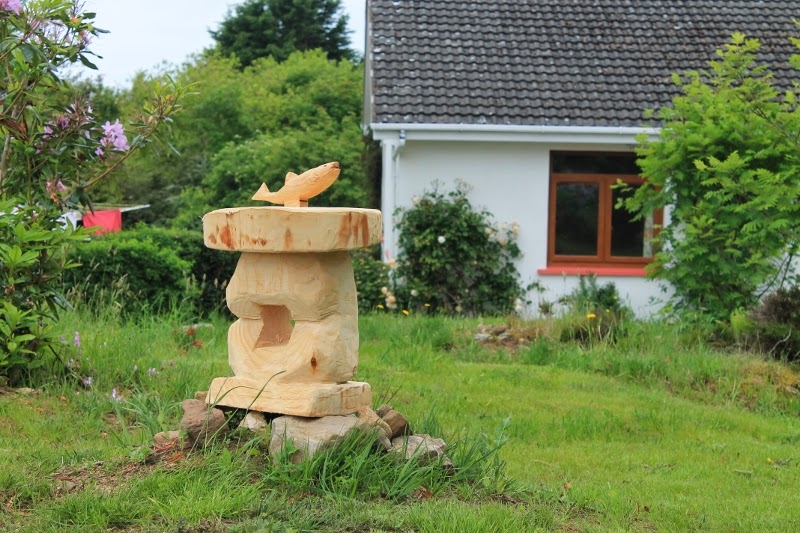 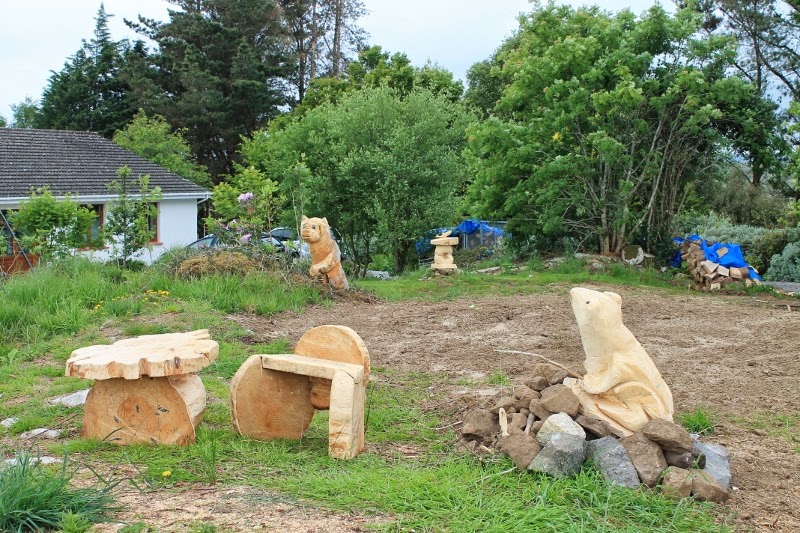 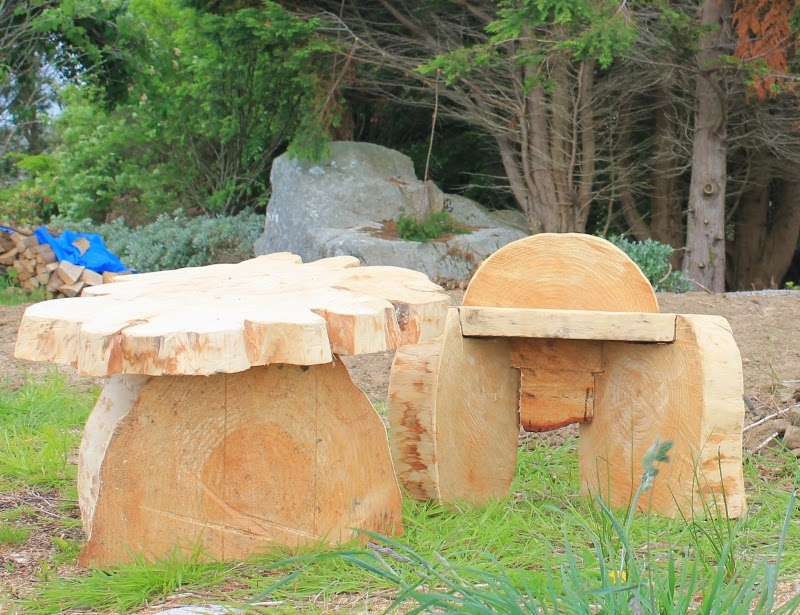 Am going to smoke the mackerel fillets in the barbi with cracked black pepper and have them for dinner in a salad tonight. Plenty wood shavings around to make the smoker lol.

I do love reading your blog posts. It occurred to me that I should stop by and tell you. I have you on my blog reader :-) Loved this one.