Jessy to the vet

Well I took Jessy to the vets today at Barna which is past Spiddal where my pal Mark lives, so I dropped in to see him on the way home. Jessy just has some conjunctivitus in her eye but I wanted it checked out just incase it was something worse. Anyway got some eyedrops for her and Mark gave me a few photos from the rugby game we went to in Dublin. 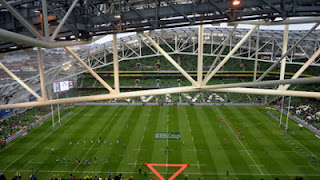 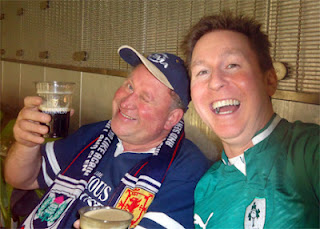 Mark enjoyed the final score more than I did lol 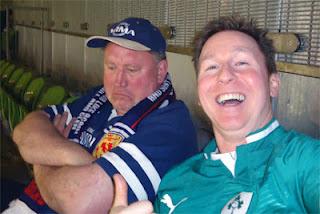 I got a Log Horse to cut my firewood on, they had a choice of two models I really liked the look of the one priced at E299.00 but got the E30 one and I have just chopped about a ton of timber on it since getting home. Its much safer and eassier to use the stand and the wooden one I have weighs a ton and I was fed up carting it round the acreage plus its on its last legs so to speak. I almost forgot to mention that i,m blogging from outdoors in my shorts this afternoon as its sunny and warm, my freind Lynne from Ontario was having a heat wave over there the other day so perhaps this is the same weather system.
Posted by Rob Shairp at 2:17 AM