Oughterard Show and some antifouling

Well its a bonny day here for the Show "Horses, Ponies, Performance, Cattle, Sheep, Domestic Arts, Donkeys, Poultry,Cats & Pets, Dogs" they also have sheepdog trials, I should have taken Gus and my crook and he could have chased sheep around for the craic. Next year I will enter him in the dog show.

Nextdoor Mark was judging the sheep, actually he was writing down the scores the judges were giving out, I had a look around for him to see how his head was as we were out on the randan or rendan if your posh, until 0200 this morning, but couldnt see him. Next year I shall take Gus and my crook and poke the cows to blend in. I'm not sure why Mark was judging the sheep but he did used to have a girlfriend from Dunedin. 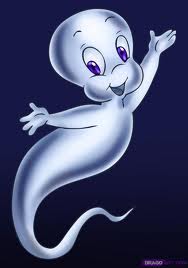 When we got home I decided to antifoul the bottom of the yacht which doesnt really need antifoul as its on a trailer but the last owner left half a can so it was applied. I had my shirt off while I was painting and got a shock when I passed a mirror in the hallway as I was that white I thought  it was Casper the friendly ghost passing.
I bought myself a safety helmet with visor and earmuffs for my chainsaw which is awaiting me online somewhere, maybe ebay, I was checking out the husquavarna 236 which is their smallest petrol saw and would probably do fine.
Posted by Rob Shairp at 1:37 AM

Those damn Australians turned you, didn't they.