The man who plans on being "the first clown in space" said Thursday he's got some surprises planned for the crew of the international space station.Cirque du Soleil founder Guy Laliberte told reporters he plans to tickle the professional astronauts while they're sleeping, and is also bringing red clown noses to try to lighten things up on the orbiting station.I cant think of anything worse when I was trying to sleep than to have some bloke in a red nose trying to tickle me, I will be supprised if the Russian doesnt stick him with a fork or Mars probe or something. There was another Clown astronaut before him too that was that Lisa Marie Nowak  the diaper clown. 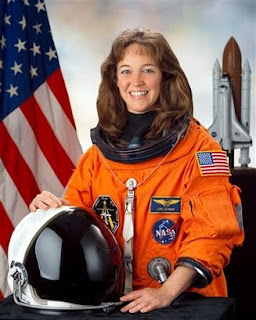 At the height of the space race in the 1960's, NASA decided it needed a ball point pen to write in the zero gravity confines of its space capsules.
After considerable research and development, the Astronaut Pen was developed at a cost of $ 1 million. The pen worked and also enjoyed some modest success as a novelty item back here on earth.
The Soviet Union, faced with the same problem, used a pencil.

China displayed a spectacular show on Thursday as it celebrated the 60th anniversary of the founding of the republic, but punctuated this with commitment to world peace. The show consisted of displaying its military might, Spectators witnessed the high technological level of China's military equipment and the completeness of its armed forces, I'm lost how this commited to world peace apart from maybe scaring everyone else into not slagging China about its deplorable human rights acts.
Posted by Rob Shairp at 9:36 AM