Well I have Legionella longbeachae, kidding kidding, actually I have no new diseases this week and have been eating fruit so have lost weight since getting back from my holidays.

OK what shall I blog about ? hmmmmmmmmmmmm ohh yes the youngest person to sail around the world attempt by Jessica Watson a 16 year old schoolgirl from the sunshine coast in Queensland.
She ran into a cargo ship and demasted her boat. I think single handed attempts to sail around the world should be assisted by radar with colision warning alarms, which are common nowadays, the sailor cant be expected to be on watch 24 hours a day, well actually they are expected to be on watch 24hours a day by maritime law and quite right or else they would be bashing into poor cargo ships all the time.
Anyway, in my experience, plastic yachts dont always show up on radar well, so I dont automatically blame the ship that collided with her I just think if your in a small yacht heading around the world single handed then I would want a radar that would alert me to close call situations especially as icebergs and floating containers dont have people on watch either. 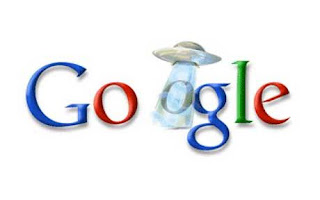 A mysterious doodle appeared on the Google home page showing an alien spacecraft making off with the second "O" in the word "Google."
Were we really expected to merely gogle now? Didn't that sound uncomfortably close to ogling.

Pat: Hey, Chris! How's your new pet fish doing? You told me he was really something special.Chris: To tell you the truth, I'm really disappointed in him. The guy who sold him to me said I could teach him to sing like a bird.Pat: You bought a fish because you thought you could teach him to sing like a bird? I can't believe it!Chris: Well, yeah. After all, he's a parrot fish.Pat: I hate to tell you this, Chris, but while you might be able to teach a parrot bird to sing, you're never going to get anywhere with a parrot fish.Chris: That's what you think! He can sing all right. The thing is, he keeps singing off-key. It's driving me crazy. Do you know how hard it is to tuna fish?
Posted by Rob Shairp at 7:12 PM