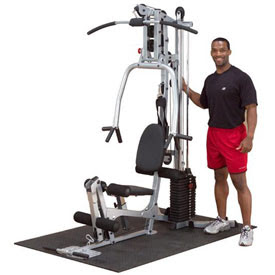 Well I went out and bought myself a home gym and its set up in the office so I will get pangs of guilt if I dont use it. Ohh thats not me in the picture although I have been getting a tan,my wee muscles ache but it feels good. Apparently its the realease of Endorphins that give you the good feeling, I had to google it of course and, Endorphins are endogenous opioid polypeptide compounds. They are produced by the pituitary gland and the hypothalamus in vertebrates during strenuous exercise, ok that explaination did nothing for me thankfully I still feel good after my workout.Endorphins consists of two parts: endo- and -orphin; these are short forms of the words endogenous and morphine, intended to mean "a morphine-like substance originating from within the body."

When giant pandas Wang Wang and Funi arrive in Adelaide from China in November there will be 30 cameras to televise their every move a bit like Big Brother TV series. Adelaide Zoo life sciences and conservation director Kevin Evans said some enthusiasts even had several screens in their house simultaneously showing camera footage of pandas from around the world.

"Obviously the pandas won't know what's going on, but there are online clubs devoted to watching them, that's how charismatic and interesting these animals are to the world," he said. I recon they dont have enough to do and that this also says something about TV shows and how bad they are.
Theres a website called "Fans Of Big Brother" I was hopeing it would be a spoof site but its not :(   http://www.fansofbigbrother.com/ how rediculous oops how interesting.

WAIT good newssssssssssss On Monday Night, Big Brother will turn the lights off in the BB House for the very last time - After 8 seasons, around 728 days of isolation for 163 HMs and Intruders in total, including 1 Celebrity BB. wooohooo.
Posted by Rob Shairp at 3:07 PM