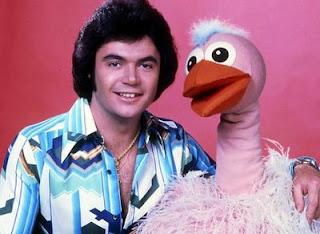 A cruise ship has arrived in the Atlantic Canada port of Saint John, New Brunswick with a dead whale impaled on its bow. The whale, a finback, which is the worlds second largest mamal, was a juvinile and weighed about 70 tons, I shouldnt go swimming in shipping lanes is my note to self. ( I have put on a bit of weight)
This time next week I'll be blogging from Hong Kong, in 30C heat and humidity, today in Sydney was about half that temp and sunny, Jess and I had a 2 mile hike early and she never left my side all day as she is missing Ishan.
Dont bring back "Hey Hey its Saturday" please, it may have been great in its day but the guy inside the ostrich thingie is in his 80's and Molly Meldrum is well done.
The LAPD, The FBI, and the CIA are all trying to prove that they are the best at apprehending criminals. The President decides to give them a test. He releases a rabbit into a forest and each of them has to catch it.
The CIA goes in.
They place animal informants throughout the forest. They question all plant and mineral witnesses. After three months of extensive investigations they conclude that rabbits do not exist.
The FBI goes in.
After two weeks with no leads they burn the forest, killing everything in it, including the rabbit, and they make no apologies. The rabbit had it coming.
The LAPD goes in.
They come out two hours later with a badly beaten bear. The bear is yelling: "Okay! Okay! I'm a rabbit! I'm a rabbit!"
Posted by Rob Shairp at 6:47 PM