Fishing and a friendly seal

My Helper Clement and I went fishing yesterday afternoon as we had knocked over the two jobs I had for the day earlier than expected. I borrowed my friend Ron's boat and we went out for an hour. Clement caught three small fish and the seal in Rossaveal was fed them in exchange for being a photo opportunity. 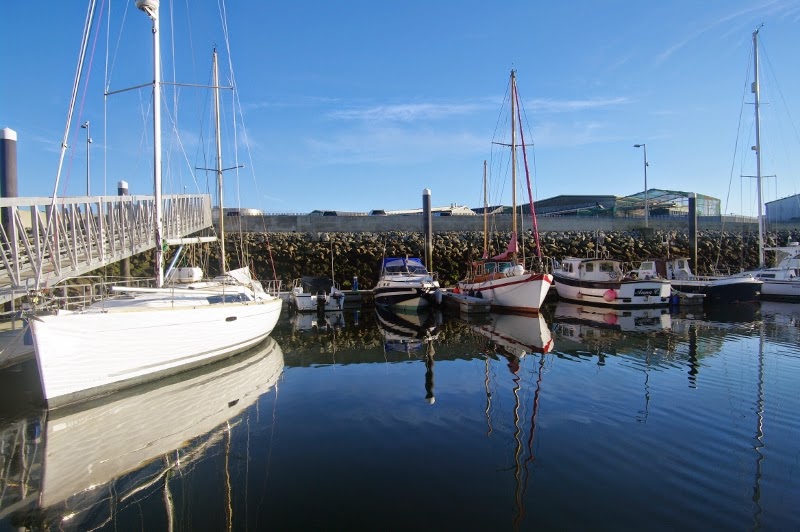 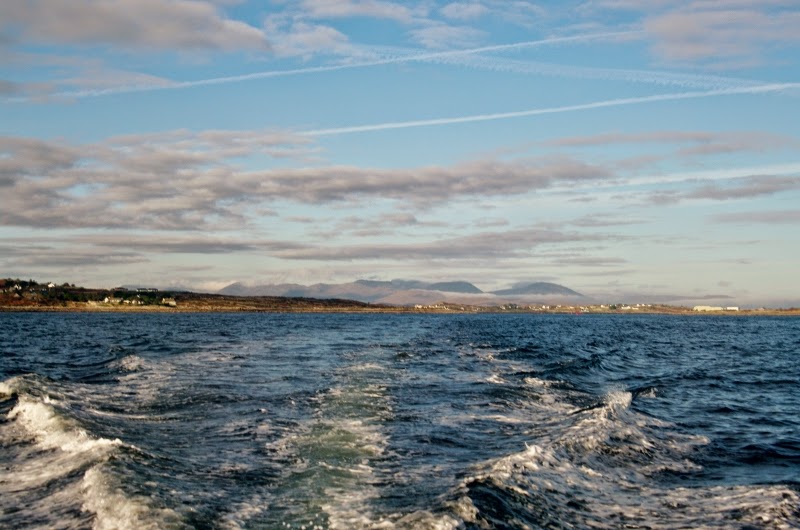 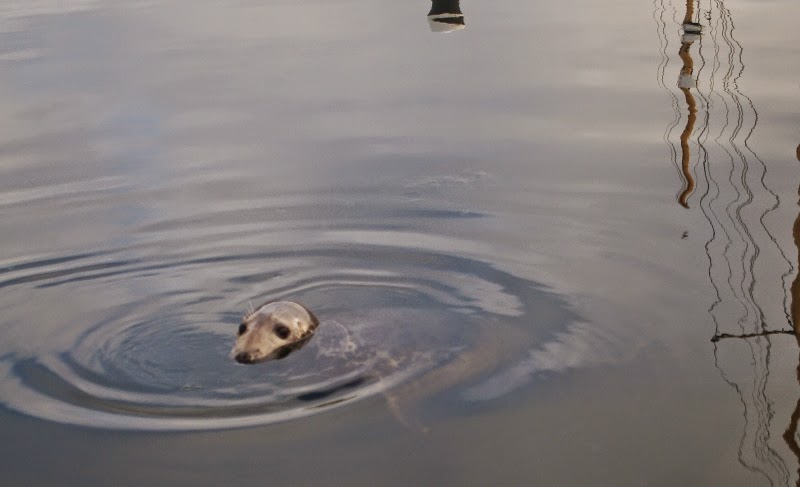 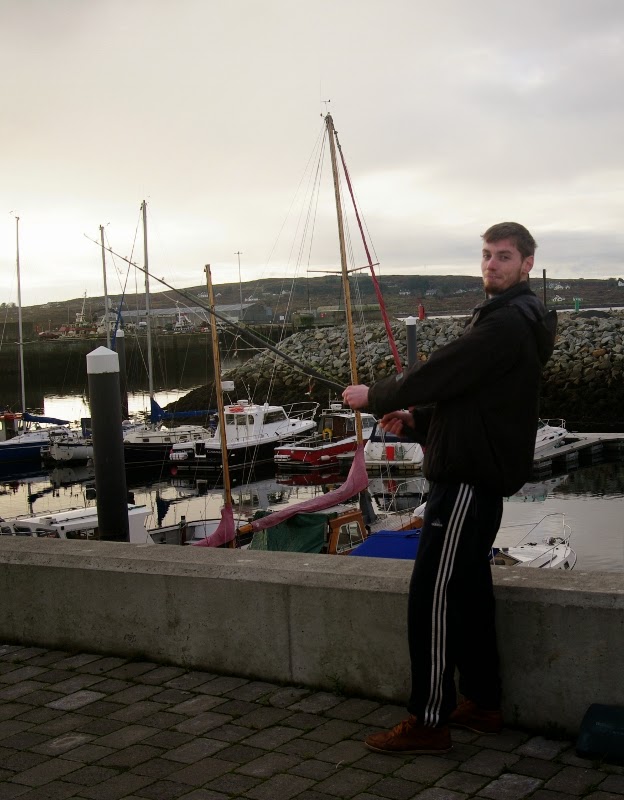 As you can see it was a glorious day for a scoot aboot on the boat although it was a bit on the cool side and the fishing wasn't exactly brilliant anyway it was a good excuse to give the boat a run as she hadn't been out for a couple of months. There is quite a bit of growth on her bottom so I shall maybe get her out of the water and cleaned at some point.

Clements friends in France had said to him before he left for Ireland to eat plenty before you go as the food there is awful so I have been dispelling that myth and he has me down as a very good cook, praise indeed from a Frenchman ehh.
Last night I made a fish pie, it has leaks, peas, onion, courgette and diced carrot sweated in butter while the fish ( Cod, Salmon, and Smoked Colley) gently poaches in milk, bay leaves and peppercorns. Remove the fish from milk, add a spoonful of flour to the vegies and then the three quarters of the milk which creates a white fish based sauce. Ohh remove the bay leaves as well.
Add a pinch of medium curry powder and some prawns to the mixture and place in a pie dish with a lid of puff pastry, off course mine has a pastry fish or two for decoration as well :) brush the pastry with egg and it browns nicely.
I make a roux and with the remaining milk from cooking the fish create a thick white sauce.
Boiled mashed potatoes, green beans and steamed broccoli and a glass of white wine.

For the other meals this week we had Fettuccine Carbonarra ( bacon, mushrooms, garlic, onion in a cream sauce), Swedish meatballs in Vodka and cranberry (one of my favorites) with celeriac and caraway seed infused rice.