another gale, more painting and John back in ER

Well the ground is so saturated the rain was lieing in pools on the gravel driveway this afternoon, been torential showers off and on and the wind is up to gale force again tonight, the forecast looks pretty awful for the next week.

I did another couple of sketches today not quite happy with the one of Gus yet I need to work on the eyes more but the hooker is ok. 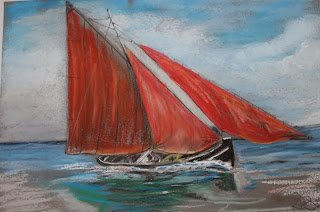 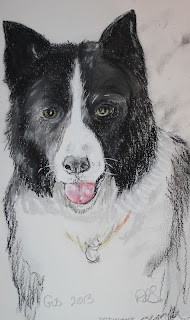 Angies brother John is back in hospital after falling on some steps outside his flat, they are doing tests buck it looks like a hairline fracture in his spine and broken ribs, his legs just gave way and he tumbled down the stairs, thought go out to him.

The electricity has just gone out for the second time so I better publish this blog as usually the third time its off for a while, will have to look out a board game and some candles, I have a pie in the oven but thankfully it is really near to the demolition stage in its life and the hob is gas so the spuds are ok too.