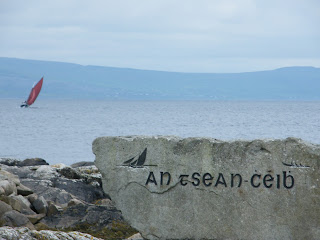 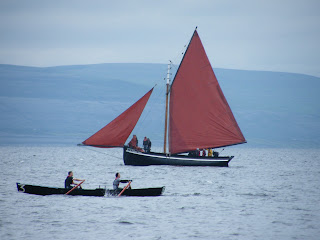 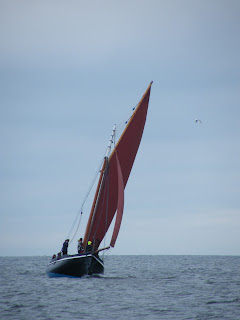 It was  cool and breezy yesterday for the Spiddal Hooker and  Courach racing and they had to beat to windward all the way up the bay for the race so they were later than the advertised start by a couple of hours anyway they looked gorgeous under full sail, the Regatta at Carra Roe later in the summer is the biggest one and I will take the boat out and have a sail about and take photos during it these ones were taken from the beach. 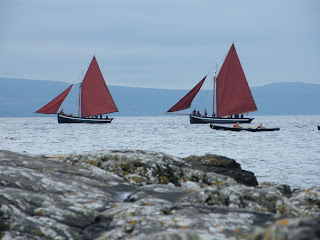 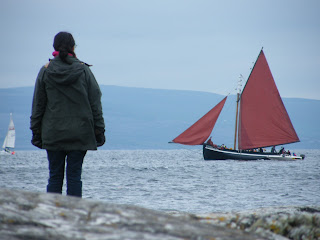 Today was brighter and I spent it gardening, burnt off some branches and cleared some more of the woods near the front gate, tommorow is the last day for the excavator hope they will tidy up as they go as its a mess at the moment after the rain we had. I am getting a 20 ton load of 3 inch road base to make a drive down to the shed and they will spread it with the excavator before he leaves.

I think Leona enjoyed her stay and she has named the pond "Lake Maguire" which I am changing back to nameless seeing she has left but dont tell her. I think the next visitor is John who will probably rename the guest bedroom as his again :)