Midgies and a red cattle dog

Wow its been ages since I blogged, whats been happening? well I got my ICD replaced on the 27th August and the wound has healed up fine and the bruising dispersed. The weather has been good infact today is too good to get anything done outside as it is glassy clam and the midgies well they are just unbelievable, I have been working through them all this week but the breeze has kicked in by 10 am and I have been having bonfires which also helps but today is crazy. Since I couldn't do anything in the garden I took a jaunt down to the yacht with a tine of undercoat and painted the doors to the accommodation, if the breeze doesnt kick in by this afternoon I shall pop back down with the gloss finishing coat.

My garden shed got a makeover with the same colour paint as the house and a post office red door, I would show you a photo but would be eaten alive taking it and the shot would be full of wee black, oops almost swore there, insects. Gus gave me a hand with the door undercoat, when i turned my back he went and lay against the red paint so he looked more like a red cattle dog than a Scottish Collie for a while till the white spirit came out.

Angie's Brother John was up for 7 days and he sort of gave me incentive to start work on a part of the garden I had been ignoring, the trees that came down over last winter had left huge root balls of soil and roots and I was hard pressed to come up with a way to get rid of them apart from hiring a 10 ton excavator which I cant really afford, he suggested having bonfires below the root and over time they will burn away. I have been chopping back all the bushes round the secret garden and some down the driveway and burning them below the roots and it is going well, A lot of the bushes were really old and woody so they will get a fresh start and the brambles got ripped out too so they will be easier to control. One of my fires smouldered away for 3 days after I stopped feeding it thanks to the amount of peat in the ground here, its a nice smell but I kept having Aussie bush fire dreams.

I shall attempt to get a photo of tonight's moon as it is just past the full moon which coincides with being closest to Earth, or perigee, it is called a supermoon. Might get a good shot with it rising between the trees here this evening. It was so bright out last night you could hardly see the stars even the plough was hard to see and that was with clear skies. This sort of weather was great when I was skippering the puffer glassy calm seas and moonlit nights, I miss the Sea a lot of the time. Mind you I don't miss it at all when its blowing a howling gale with sleeting rain and monster seas, no sleep and the worry that something will happen to the engine as this here shore is a Lee one. 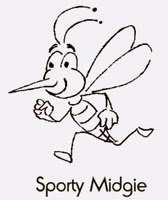