Well the sun is barely clearing the trees now and the dew is staying on the grass most of the day, this means I can get back into my ripping and clearing again wooohoo good for the waistline. This last couple of days I have been attacking the hillock which was totally densely overgrown just across the big lawn from the house, even Gus couldn't break his way through this undergrowth which is saying something. Anyway it used to look like this 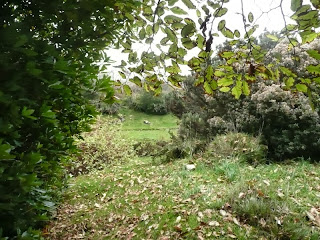 I,m about 90 % finished and now the house is visible and the bushes can start growing again from the stumps. 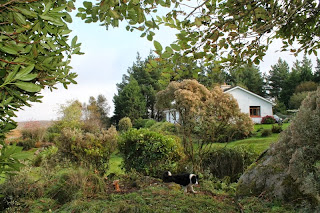 I have left some of the evergreen bushes at the front as they were nice but ripped out the old tall stuff.

The front of the house got debushed during the midge season and I flattened it out a bit with 16 tons of topsoil, I wanted to get my lawnmower over it basically and the bushes looked scraggly. The grass seed I put down has started to grow and I am happy with the result so far. 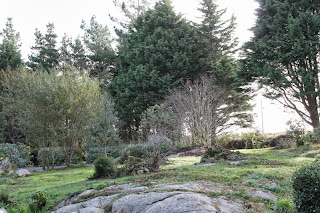 The spring and summer months are full time just keeping things mowed and from going haywire so its good to have some projects for the next few months. Having been here for two seasons now I know which bushes look great during the flowering season. I didn't take a photo of the front of the house before I started ripping out the bush but this old shot up the drive kind of shows how it was. Its the bit on the right hand side, the drive looked better after its new gravel too and they had to widen it to get the excavator in last winter. 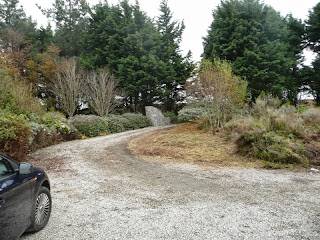 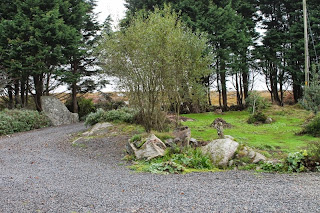 My garden is always going to be a sort of woodland and kind of rough and ready but i like it like this :)

The boat is all tucked away for the winter 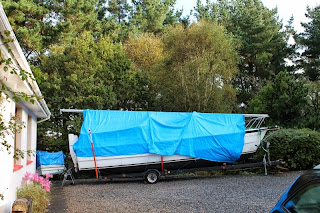 I have her covered with a tarp to keep the leaves off, they tend to rot and mark the gell coat so its hard to clean her come springtime.

Another job I did was to take out the bushes to the right of the house, the top photo is the before one. 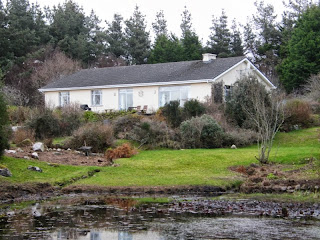 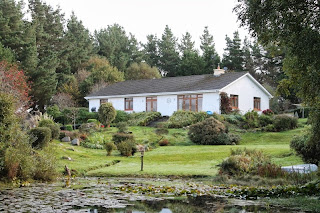 I better get back to it only 5 months before things start growing like mad again.