Dog fox the size of a small wolf

I was wondering what was making all the birds in the garden give off their distress calls until a dog fox walked casually as you like, across the lawn, he was the biggest I have ever seen easy as big as Jessy. I had visions of more vets bills if she had seen him too. Her neck has gone down with the antibiotics she was on and the vet seemed happy although she has to go back next Friday to be checked again. Ben and Gus will go too to get their annual shots, the vet examined Ben last week and his knee had been broken and set in a weird position, poor wee cratir. He had a limp when I took him in but it is heaps better now and doesn't seem to bother him at all.

I was chopping a couple of wee trees down this morning and burning some of the dead branches in a brazier made from an old oil drum but the breeze has picked up a lot and sparks igniting spot fires so I have knocked it on the head for now. 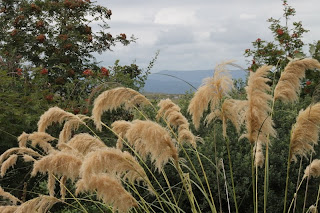 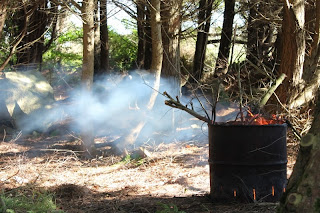 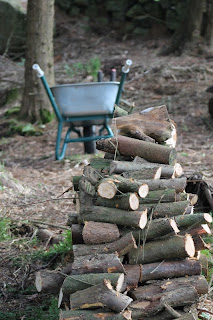 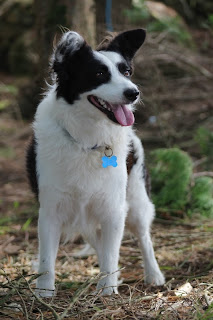 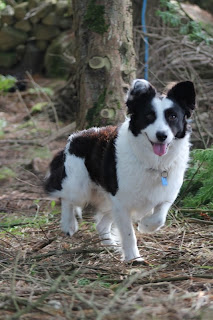 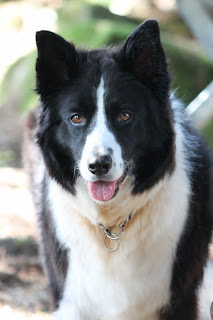 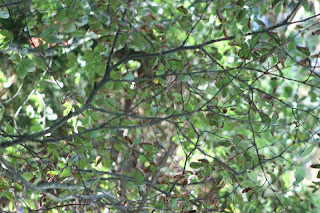 John is coming up tomorrow for a couple of days and hopefully I can get him out fishing, the weather looks like it is on the turn but one never knows it may be ok, there are lots of mackerel around just now, I was out with Ron last Saturday and we caught a box full, I popped into the pub on the way home and gave away the majority of my share there and some more to the local shop keeper the rest I soaked in brine for a couple of hours then coated with cracked black pepper and smoked the fillets on my barbi they turned out nice Angie has a workmate who only eats fish so she got some to try as well. One of the people at the pub gave me Monkfish yesterday in exchange for the ones I gave them, good deal, I love monkfish.  I will have a bash at making Scampi for dinner tonight.

I am thinking of a wee holiday to the Greek islands in the Ionian Sea with Alan and Angie, there are some >50% off deals for a weeks yacht hire at the start of October, I have always fancied sailing the Greek isles and that time of year is nice temps and the water is still warm. There were lots of offers pick up the boat in Lefkas and drop it off in Athens but that is a fair hike in 6 days sailing and the winds are usually light in October so I think it may be wiser to go with dropping her back to the same place we get her from then we can just enjoy a couple of hours sailing in the day and some exploring / swimming, sounds blissful ehh lol. I was trying to get John and Miriam to come too to share the cost but they cant this time unfortunately. 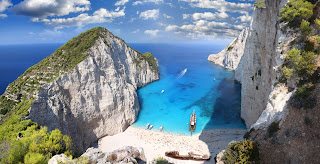